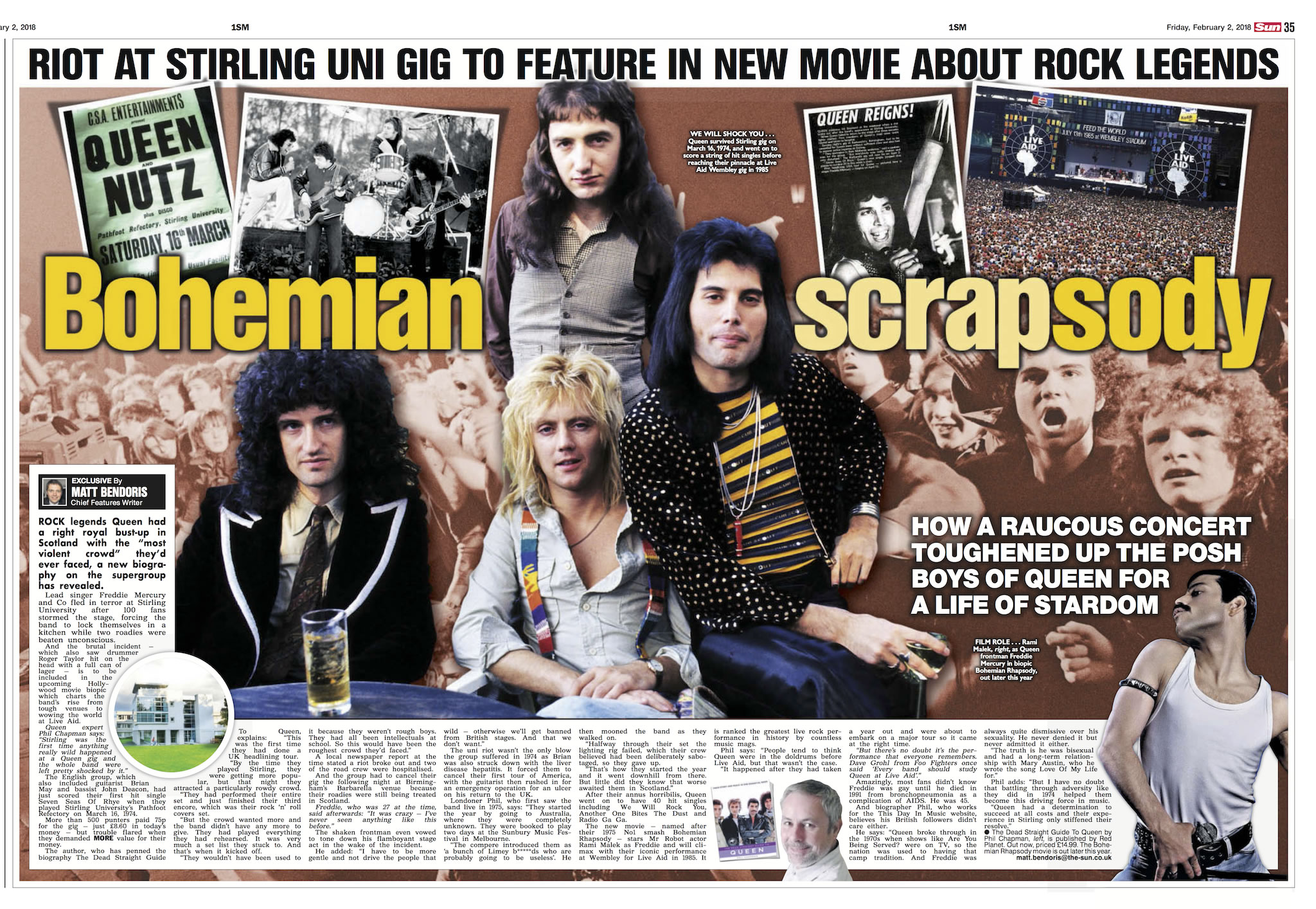 Matt Bendoris, of the Scottish Sun, interviewed me about The Dead Straight Guide To Queen last Monday. He wanted a Scottish angle, so I suggested the 1974 riot at Queen’s Stirling University gig.

I got a two-page spread in Friday’s Scottish Sun, with a nice plug for the book. OK, so some of my comments may have been given a bit of a tabloid twist, to support the sensational tone of the article, but it’s a good bit of publicity in Scotland’s biggest selling newspaper (with a circulation of over 200,000).

By continuing to use the site, you agree to the use of cookies. more information